The ATO has finally released its guidance for businesses wanting to receive JobKeeper payments beyond 28 September to 28 March 2021. 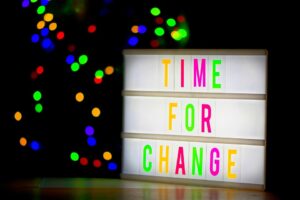 What remains the same for businesses in JobKeeper 2.0?

JobKeeper will also be open to new participants, provided they meet the eligibility requirements for the relevant period.

The relevant JobKeeper extension periods are?

There are two separate extension periods:

What payment rates will change for JobKeeper 2.0?

The JobKeeper payment for each extension period will depend on the number of hours an employee works and has been split into two tiers.

The Tier 2 rate applies to all other eligible employees and business participants. For the period from 28 September 2020 to 3 January 2021, the rates of the JobKeeper payment are:

How does an employee satisfy the 80-hour threshold?

Employees will hit the 80-hour threshold if, in their 28-day reference period, the total of the following is 80 hours or more:

Full-time employees will very likely hit that threshold, meaning businesses should look more closely at eligible employees who are working part-time, long-term casuals, not paid on an hourly basis or have been stood down.

What is the 28-day reference period?

The ATO has laid out a variety of options businesses can use in determining a 28-day reference period. However, most businesses will likely use either:

In addition, businesses should use the most accurate workplace records to show the actual hours your eligible employees worked in their 28-day reference period, such as payroll data or time sheets.

What decline in turnover test should businesses use?

The decline in turnover test that businesses need to apply depends both on which JobKeeper period the business is applying the test and whether the business is a new or existing participant to the scheme.

For both extension periods, businesses already receiving JobKeeper payments but want to continue receiving payments beyond 28 September 2020 must satisfy the actual decline in turnover test.

For businesses applying for JobKeeper for the first time from 28 September 2020, they, too, must satisfy the actual decline in turnover test.

How does a business fulfil the actual decline in turnover test?

Businesses can pass the actual decline in turnover test either through using the basic test or the alternative test. Most businesses will likely use the basic test, which is based on GST turnover.

In applying the actual decline in turnover test, businesses should note that: