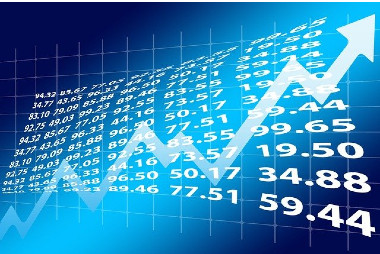 The global economy is continuing to face headwinds and growth has been slowing since early this year. In April, the International Monetary Fund (IMF) explained that ‘global economic prospects have worsened significantly’ and ‘the outlook has deteriorated largely because of Russia’s invasion of Ukraine’. In its most recent report (July), the IMF referred to ‘increasingly gloomy developments in 2022’, including ‘higher inflation worldwide, especially in the US and major European economies, triggering a sharp tightening in global financial conditions; a sharper than anticipated slowdown in China, reflecting COVID-19 outbreaks and lockdowns; and further negative cross-border effects from the war in Ukraine’. It added that ‘since 2021, consumer prices have consistently risen faster than widely expected’, so that ‘central banks of major advanced economies are withdrawing monetary support more assertively and raising policy interest rates faster than expected’. One effect of all this is that ‘the associated rise in longer-term borrowing costs has led to precipitous declines in equity prices, weighing on growth’. As a consequence, the IMF has lowered its global growth forecasts (3.2% for this year and 2.9% for 2023), noting that ‘the risks to the outlook are overwhelmingly tilted to the downside’.

In this deteriorating environment, especially with some governments continuing to resort to large spending programs, central banks have had to take the lead in pushing back against rising inflation. In the US, the annual inflation rate was 8.5% in July (down from 9.1% in June, its highest level in more than 40 years), while the average rate for the Euro zone was 8.9% and an even higher 10.1% in the UK. While the European Central Bank (ECB) has not been anxious to take a strong stand against inflation in view of the weak state of most European economies, the US central bank (the ‘Fed’) is now moving forcefully. On 26 August, the ‘Fed’ Chairman, Jerome Powell, made it clear that his ‘overarching focus right now is to bring inflation back down to our 2 percent goal’. Furthermore, he added that ‘restoring price stability will take some time and requires using our tools forcefully’ and ‘is likely to require a sustained period of below-trend growth’, which ‘will also bring some pain to households and businesses’. On the other hand, by also utilising ‘quantitative tightening’, there is some chance that the ‘Fed’ could manage to restrain inflation relatively quickly.

The Australian economy expanded in the March quarter but inflation has also picked up (to an annual rate of 6.1% in the June quarter, the highest rate in over 40 years), prompting the Reserve Bank to tighten policy by hiking interest rates and also by reducing the amount of liquidity in the financial system. This policy tightening is expected to slow growth over coming months but the country may avoid a near-term recession.

Most share markets trended strongly upwards from the start of monetary and fiscal stimulus in early 2020 through 2021. However, this year has seen most markets falter, especially after the Russian invasion of Ukraine. Up to 29 August, market movements have included declines of 15% for the broad US market (S&P500), 23% for the technology-focused Nasdaq, Germany 19%, Japan 3%, China 11%, India 1% and Australia 6%, while the UK market actually rose 1%. Markets could remain volatile for some time.

Major sovereign bond markets saw yields reach record lows in March 2020. Central banks subsequently tried to keep rates low to lift economic activity, although longer-term bond yields have moved up this year. The US 10-year Treasury bond yield fell to 0.54% on 9 March 2020 but was 3.11% on 29 August 2022. Similarly, the Australian 10-year bond yield was 0.57% on 8 March 2020 but was 3.67% on 29 August 2022. Despite these higher yields and a slowing outlook, most bond markets continue to appear expensive.