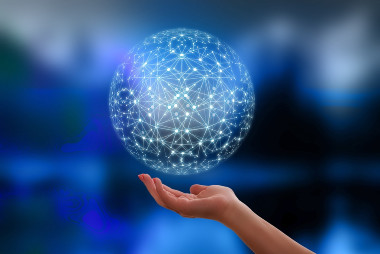 The global economy is continuing its recovery from what was its most severe recession since the Second World War. According to the International Monetary Fund (IMF) in its latest report (January), the world economy is forecast to expand by 4.4% this year, after growing by around 6% in 2021, following a contraction of 3.1% in 2020. The advanced economies as a whole are forecast to grow by 3.9% this year, with US and Euro zone growth expected to be around 4% in each case. The UK is forecast to grow at a slightly faster rate (4.7%), while Japan is forecast to be marginally less robust, with growth of 3.3%. Much of the developing world is also recovering, with China forecast to grow by 4.8% this year and India by a healthy 9%. This general forecast of a strong global recovery though is predicated on the effectiveness of vaccination programs to counter the COVID-19 coronavirus that originated in China and spread around the world from early 2020. While rising vaccination rates have led to a significant drop in hospitalisation and death rates in most countries, many regions are now seeing the virus (particularly the new ‘Omicron’ strain) begin to spread again after the lifting of ‘lockdowns’ in recent months.

As Jerome Powell, Chairman of the US central bank (the ‘Fed’) noted on 26 January in relation to the outlook for the US, ‘the path of the economy continues to depend on the course of the virus’. Nevertheless, the ‘Fed’ has decided that recovery is progressing enough to warrant increased tapering of its ‘quantitative easing’ or ‘QE’ program, so that from February it will reduce the monthly pace of its net asset purchases to a total of $30 billion per month and then end these purchases altogether in early March. Furthermore, Powell also noted that ‘it will soon be appropriate to raise the target range for the federal funds rate’. In other words, interest rates are likely to begin to rise in the very near future due to ‘elevated levels of inflation’.

The Australian economy was recovering strongly until the recent spread of the ‘Delta’ variant of the virus, which led to further lockdowns and economic contraction in the September quarter and into the December quarter. While high vaccination rates have been allowing the domestic economy to re-open, ongoing monetary support is likely to be needed for a time, especially given that ‘inflation has only just returned to the 2-3 percent target range’ (RBA, 16 December).

Most share markets reacted to the initial spread of the pandemic in 2020 with a short-lived heavy setback but then began to rebound, with most major markets rising strongly in 2021. This year though has begun with a hefty market correction. Up to 27 January, market movements have included declines of 9% for the broad US market (S&P500), 15% for the technology-focused Nasdaq, 2% for Germany, Japan 9%, China 7%, India 2% and Australia 8%. Markets could be volatile this year, assuming monetary policy tightens as expected.

Major sovereign bond markets saw yields reach record lows in March 2020. Central banks have since tried to keep rates low to lift economic activity, although longer-term bond yields in some cases have been rising over the past year. The US 10-year Treasury bond yield fell to an historic low of 0.54% on 9 March 2020 but was 1.81% on 27 January 2022. Similarly, the Australian 10-year bond yield was 0.57% on 8 March 2020 but was 2.02% on 27 January 2022. Some sovereign rates though remained either close to 0% (Japan) or were even negative (Germany). As such, most bond markets continue to look expensive.