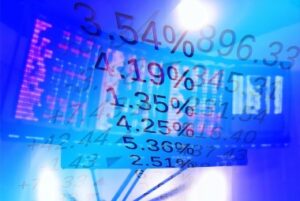 The global economy has been continuing to recover from its contraction by 3.1% in 2020, its deepest recession since the Second World War. This recession was caused by government restrictions on economic activity imposed to counter the effects of the Covid-18 coronavirus pandemic that first emerged in China in late 2019. This recovery has been hampered periodically by outbreaks of new variants of the virus, the most recent being the ‘omicron’ variant that led to a slowdown in the December quarter. In recent weeks, however, the global economy has been hit by a new crisis, this being a full-scale invasion of Ukraine by Russia that began on 24 February. While many analysts expected this invasion to result in a quick takeover of Ukraine by Russia, this has not occurred and fighting continues to rage in many parts of the country, with Russian forces taking considerable losses. At this stage, the outcome of the invasion remains unclear, although it is undoubtedly a human tragedy for the Ukrainian people. In international terms, the invasion is likely to have an ongoing effect on the prices of many commodities, especially energy but also some metals and grains. Over the period from the start of this year to 28 March, the prices of oil and wheat rose by nearly 40%, while gas and coal prices rose even more. Elevated commodity prices could persist for some time and feed into rising inflation. In the words of the International Monetary Fund (IMF), ‘the entire global economy will feel the effects of slower growth and faster inflation’ (15 March) and the IMF has indicated that its forecast global growth rate of 4.4% for 2022 is likely to be lowered in coming days. As the IMF also notes. ‘longer term, the war may fundamentally alter the global economic and geopolitical order should energy trade shift, supply chains reconfigure, payments networks fragment and countries rethink reserve currency holdings’.

In terms of monetary policy, the IMF noted on 15 March that ‘it will be harder for policymakers to strike the delicate balance between containing inflation and supporting economic recovery’, while Jerome Powell, Chairman of the US central bank (the ‘Fed’) noted on 16 March that ‘the invasion and related events are likely to create additional upward pressure on inflation and weigh on economic activity’.

The Australian economy slowed in the second half of 2021 due to further restrictions on economic activity imposed to slow the spread of the pandemic. However, monetary tightening, including higher interest rates, is unlikely to come quickly, given that the Reserve Bank remains cautious about the economic outlook.

Most share markets trended strongly upwards after the start of monetary and fiscal stimulus in early 2020. However, this year has seen markets falter, especially after the Russian invasion of Ukraine. Up to 28 March, market movements have included declines of 4% for the broad US market (S&P500), 8% for the technology-focused Nasdaq, 9% for Germany, Japan 3%, China 12%, India 1%, while the domestic market was flat. In this environment of rising inflation as well as war in Europe, markets could be volatile for some time.