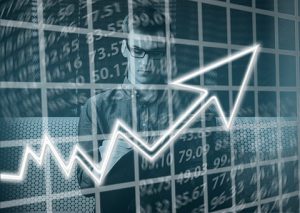 The global economy is now in the process of rapidly recovering from last year’s recession, which saw the largest decline in global output since the Second World War. According to the International Monetary Fund (IMF) in its latest report, the world economy contracted by around 3.3% in 2020, a much larger decline than that experienced during the Great Recession of 2009. This recent recession was caused by what the IMF has termed the ‘Great Lockdown’, which was a series of restrictions put in place by governments to hold back the spread of the Covid-19 coronavirus pandemic, which originated in China and spread around the world from early last year. The IMF is now anticipating that global growth could be a strong 6% this year, despite ‘second and third waves’ of the pandemic and new, apparently more virulent, variants of the virus taking hold in some regions. As the latest Organisation for Economic Co-operation and Development (OECD) report (31 May) put it, ‘amid renewed virus outbreaks, less frequent but more dispersed throughout the world, global growth continues to recover’, due to ‘the unprecedented protective policy net deployed to preserve the economic fabric, firms and jobs in most advanced economies’. Also helping to sustain activity has been mass vaccination, particularly in the developed world. By late June, nearly a quarter of the world’s population had received at least one vaccination dose, with over 40 million doses being administered each day.

As the IMF notes, however, regardless of vaccine availability, ‘adaptation to pandemic life has enabled the global economy to do well despite subdued overall mobility. Additional fiscal support, on top of continued monetary accommodation, further uplift the economic outlook’. This ‘fiscal support’ though is coming at a cost, with government debt levels now at post-War record levels. However, debt financing is currently being facilitated by historically low interest rates, which are expected to remain low for some time due to inflation remaining well contained. As the IMF puts it, ‘inflation is unlikely to increase much’ for some time.

The Australian economy has also been recovering strongly, although a ‘second wave’ of the virus has recently hit some regions, leading to further lockdowns, which could slow growth marginally for a time. Vaccination rates though have been accelerating, which could assist recovery over the rest of the year, although monetary and fiscal stimulus looks likely to be needed through 2022.

Most share markets reacted to the initial spread of the coronavirus last year with a heavy setback in March but then quickly began to rebound, with most major markets rising through 2020. This year, up to 25 June, market movements have included rises of 14% for the broad US market (S&P500), 11% for the technology-focused Nasdaq, 11% for the UK, France 19%, Germany 14%, Japan 6%, India 11%, China 4% and Australia 11%. Markets could have further upside, assuming expansionary monetary and fiscal policies remain in place.

Major sovereign bond markets saw yields reach record lows in March 2020. Central banks have since tried to keep rates low to lift economic activity, although longer-term bond yields in some cases have been rising this year. The US 10-year Treasury bond yield fell to an historic low of 0.54% on 9 March 2020 but was 1.49% on 23 June 2021. Similarly, the Australian 10-year bond yield was 0.57% on 8 March 2020 but was 1.56% on 23 June this year, although well down over the month. Most bond markets continue to look expensive.

Side hustles are front of mind this tax season

Look after yourself This is the most important thing. If you are feeling overwhelmed, don't…

The global economy is continuing its recovery from last year’s recession, which was the most…