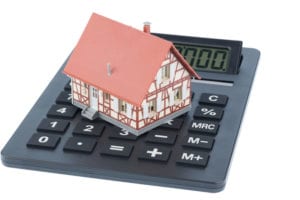 Subdividing a block of land can be a way to make extra cash on a part of land that may not be used otherwise. Usually, the profit made from selling this subdivided piece can either be counted as capital gain, or part of an ordinary income. This can depend on the circumstances of the sale.

In general, the profit of the sale is treated as a capital gain subject to Capital Gains Tax for those who subdivide a block of land and sell that area. However, any profit is treated as ordinary income (not a capital gain) if both of the following apply:

In these instances, the seller may have obligations and entitlements relating to Goods and Services Tax, also known as GST. Even when a transaction doesn’t involve a business, the purpose of making a profit is often enough for this type of tax to be applicable.

When a block of land is split into two or more parts, each block created from the subdivision is registered with its own, separate title. Generally, an individual who keeps the ownership of the different blocks won’t make a capital gain or loss when the property is divided, but instead when the blocks are sold.

When trying to calculate the capital gain or loss, it is important to remember two things; that the date the person acquired the original piece of land counts as the same date when they got the subdivided blocks, and that the cost-base of the original land is reasonably divided between the separate blocks.

Can a Person’s Home be Affected by the Subdivision?

For those who have split the land on the property and continue to live on one of the subdivided properties, will the subdivision affect their house?  Generally, when land is sold separately from a home, it is only exempt from capital gains tax when sold with the property.

Those who subdivide and sell their land with the purpose of making profit (or as a part of a business transaction) are likely to need to register for GST, even if the seller doesn’t intend to make a business out of buying land and selling it in divided parts.

When an individual is registered for GST, it’s likely that they’ll need to include the GST in the cost of the land that’s been subdivided, much like how it works when a business sells their goods.

Also, as with how this type of tax works in ordinary business situations, the person should be able to claim credits for the GST cost included in the company’s purchases, too. In most cases, they’ll be required to report these transactions, which can be done by completing an activity statement.

Those who want to subdivide and sell their land, but are unsure where to start, can often benefit from the help of our accountants to advise them through the process.

As lockdown restrictions begin to ease Australia-wide, a new normal is emerging for businesses and…